Micah Sheveloff (www.micahsheveloff.com) is a meticulous songsmith with a hyper-diverse musical background ranging from intense classical piano to studio tracking support roles with rock and metal acts. Son of Boston University music professor Joel Sheveloff, Micah embraced a childhood mixed with ballet, choir practice and eventually TV pop acts like The Monkees and The Partridge Family. This of course led to The Beatles and a journey through pop/rock songcraft that continues today. Sheveloff’s solo material consists of infectious and hummable 70’s-influenced, piano-based singer/songwriter compositions that might seem as at home in Nashville as they are at New York’s The Bitter End. “There is something completely magical about writing a song, working out the arrangements, and then playing alongside great musicians all locked in a room,” says Sheveloff. “Lightning in a bottle—my songs are a breakfast hash made from memories of Bartok and The Beatles, ’70s pop songs and a touch of Stravinsky. I write songs to be accessible but with subtle complexities that are just dark enough to keep it all interesting.”

Sheveloff was born and raised in Boston. He was deeply immersed in the music scene there for much the 1980s and played sold out shows in sizable venues with two major acts. Sheveloff played with The Detours, whose song “Stuck In My Car” was the #1 local song at WBCN-FM for much of the summer in 1983. Sheveloff then played for about a year with Gary Cherone in The Dream (the group later became Extreme), and although the synth rage of the 1980s felt very alienating to him, Sheveloff looks fondly back on those club days as an irreplaceable baptism into the world of rock with some exceptionally talented artists.

Sheveloff founded The Voodoo Jets in 2003 with Steelheart drummer John Fowler and virtuoso bassist Francesco Perrouna. The Voodoo Jets combined Sheveloff’s writing with his unique approach to using a wireless Roland AX-1 triggering Fender Rhodes samples fed through Marshall guitar amplifiers. The Voodoo Jets toured and earned a reputation as one of the louder, raucous power pop acts of the day. Positive reviews rolled in from their debut CD, “Supersonic,” produced by indie rock legend David Minehan (The Neighborhoods, Aerosmith, The Replacements). Drummer Fowler passed away in 2008.

After The Voodoo Jets, Sheveloff decided to return to his roots as a pianist and challenge himself with more complex compositions, progressive piano work, a unique lyrical style and lead vocal duties. This culminated in the release of “Exhibitionist,” his first solo release, recorded to 2-inch tape using minimal digital editing. Sheveloff’s cover of Black Sabbath’s “Heaven and Hell” with Meliah Rage singer Mike Munro drew rave reviews. During this period, Sheveloff met guitarist Marc Shulman (Suzanne Vega), whom Sheveloff has said is “my favorite guitarist in the whole world” and “my musical soulmate.” Shulman appears on “Exhibitionist” and all subsequent recordings to date including streaming favorite “Guns and Cigarettes.” Sheveloff and Shulman played venues in NYC before Sheveloff relocated to Saint Petersburg, FL. In 2015, Sheveloff released a live album called “Live and on Fire,” recorded at a sold-out Firehouse 12 in New Haven, CT. The record features Shulman and Sheveloff, with singer/songwriter Beth Patella on harmonies.

Sheveloff would go on to produce Patella’s solo record “Lines in my Fingers”, which was released in October, 2017. This production included scoring all vocal harmonies, assembling the band and massaging song arrangements, scoring french horn, cello and classical guitar parts, as well as mixing with the engineer. 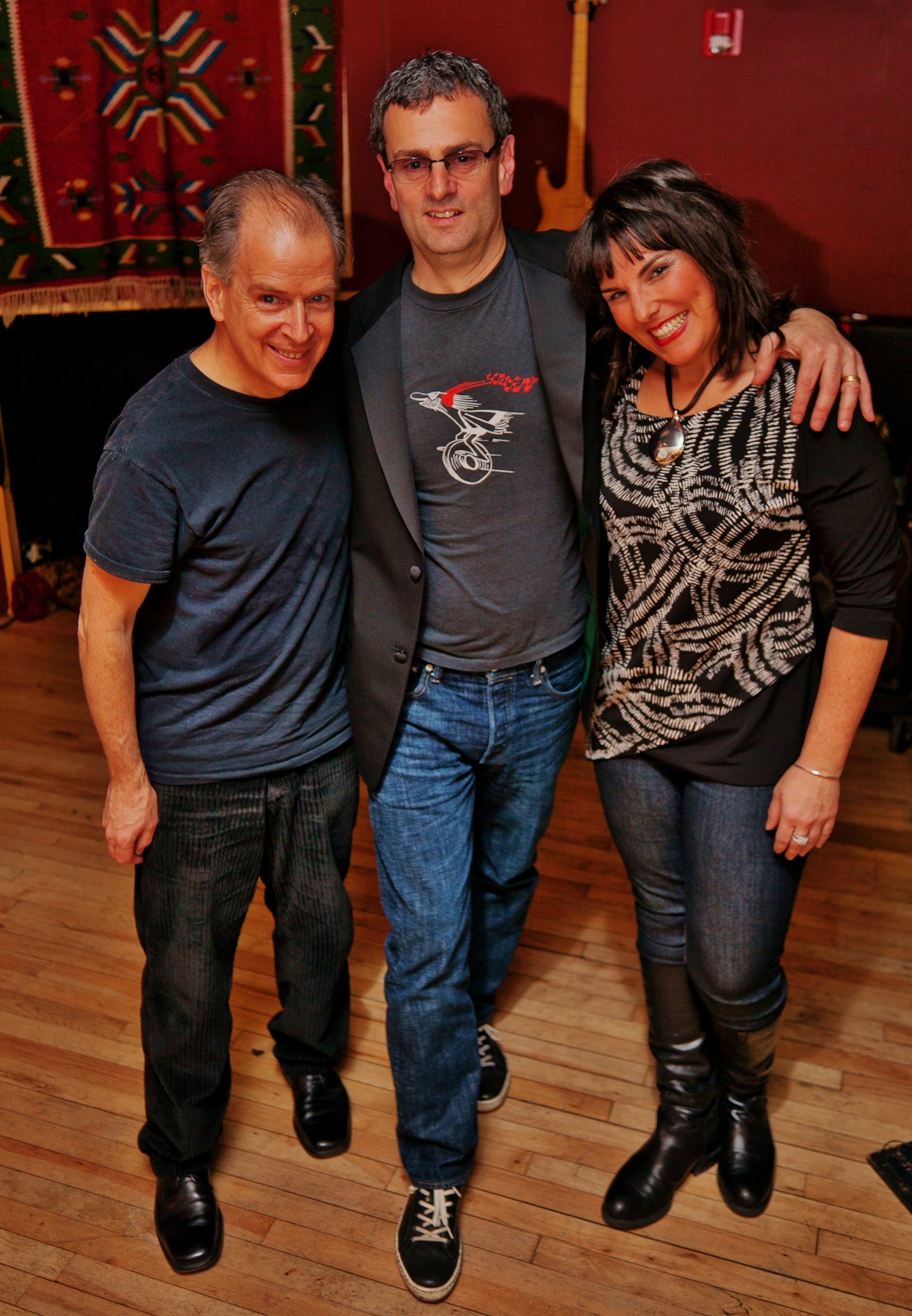